Warning: A non-numeric value encountered in /home/customer/www/ayanajourneys.com/public_html/wp-content/themes/Codingate/functions.php on line 5841 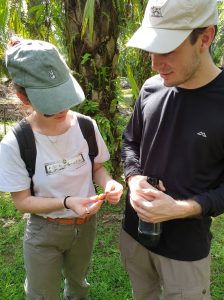 This month we were proud to design and facilitate a special immersive learning journey in breathtaking Malaysian Borneo. In collaboration with Wild Asia, a Malaysian social enterprise supporting the palm oil industry meet and exceed global standards for sustainability, we hosted Monash Arts’ Global Studies students for two fun-filled weeks across Sabah. This unit-abroad allowed students to dive deep into the complexities of palm oil as part of their Leadership for Social Change program.

Malaysia is one of the world’s biggest growers and exporters of palm oil, and is an essential feature of the country’s economy. For many rural communities in places like Sabah, the palm oil industry is a major employer and part of the country’s strategy to alleviate poverty. Sabah has become the first state in the world to implement a state-wide strategy to become fully RSPO (Round Table on Sustainable Palm Oil) certified by 2025. This ambitious pledge will tackle a range of social and environmental issues related to oil palm, such as workers’ rights and conditions, and chemical run-off and its effects on biodiversity.

The vegetable oil shot to fame and became a global controversy following Greenpeace’s recent video campaign used by UK supermarket chain Iceland as their official Christmas advertisement. The video illustrates the dramatic habitat loss of the iconic Borneo orangutan, and paints a dirty picture of the industry. Many global activists and campaigns have mobilised the public towards a boycott on the oil, but did you know that other major oil alternatives would require much more deforestation? Palm oil is an incredibly efficient oil, and the next best alternative is rapeseed which would require 5 times more land to produce the same volume of oil.

It’s safe to say the palm oil debate is a messy one! During the two-week adventure we connected with a range of grassroots organisations to understand the nuances of the industry. We met with an indigenous peoples NGO to understand more about land rights, UNICEF to explore migrant workers’ barriers to education and healthcare, conservationists to consider impacts of agriculture on wildlife, and policy makers to reimagine systems change. Students spent time living in a rural community, interviewing smallholders and larger estate owners to uncover the realities of the move towards sustainable and traceable oil.

Students noted the real highlight of this study tour (apart from spending two sun-soaked weeks in beautiful Borneo!) was having the opportunity to see theory in action, interacting with ‘real’ people on the ground and bringing such issues to life.

If you would like support to design an eye-opening and enriching study tour on a specific topic linked to international development, we’d love to hear from you! We specialise in immersions in Cambodia and Malaysia, and are open to build on existing community-based partnerships across South and South East Asia with universities happy to pioneer these adventures with us!

Co-Founder of Ayana Journeys and passionate about responsible travel!
Previous Article
Next Article